Suborbital test flight of the Mercury spacecraft, conducted as part of the U.S. Mercury program. The objective was to test a production Mercury capsule and the launch escape system during an ascent abort at maximum dynamic pressure. Sixteen seconds after liftoff, the escape rocket and the tower jettison rocket both fired prematurely. Furthermore, the booster, capsule, and escape tower failed to separate as intended. The entire stack was destroyed on impact with the Atlantic Ocean. 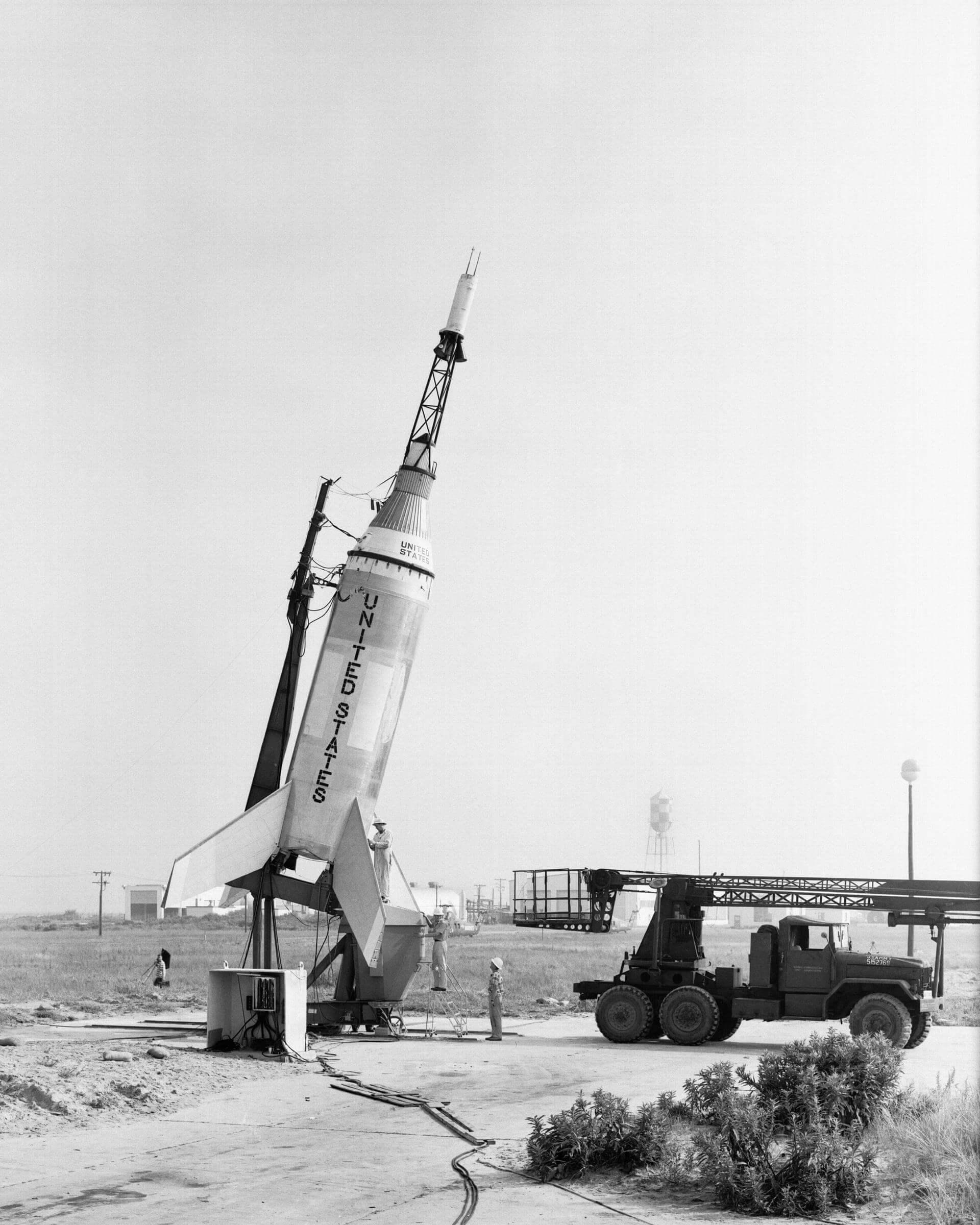 Little Joe was a solid-fueled booster rocket used by NASA for eight launches from 1959-1960 from Wallops Island, Virginia to test the launch escape system and heat shield for Project Mercury capsules.