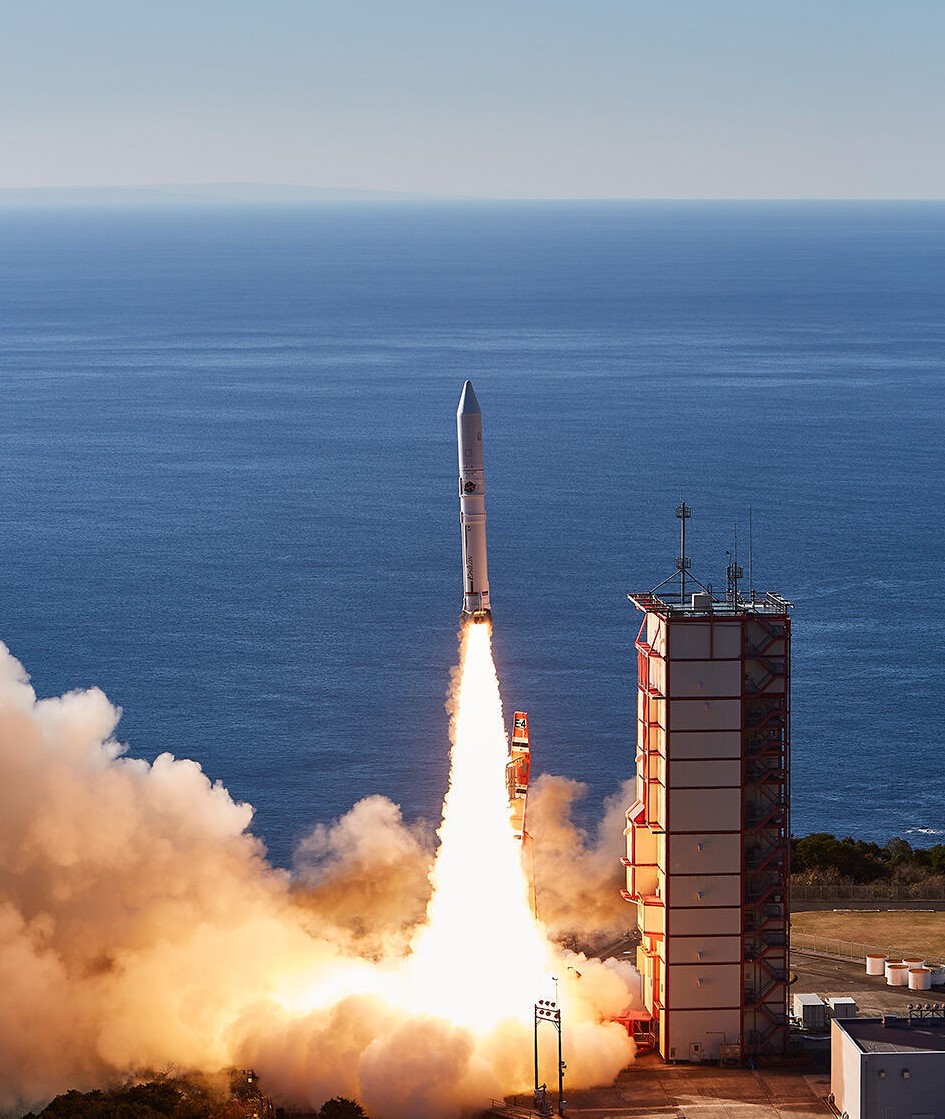 The Epsilon rocket is a Japanese solid-fuel rocket designed to launch scientific satellites. It is a follow-on project to the larger and more expensive M-V rocket which was retired in 2006. The Japan Aerospace Exploration Agency (JAXA) began developing the Epsilon in 2007. It is capable of placing a 590 kg payload into Sun-synchronous orbit.