Chandrayaan-3 is India's third mission to the Moon. It repeats most of the failed Chandrayaan-2 mission, with only a lander and rover. After a controlled descent, the lander will perform a soft landing on the lunar surface at a specified site and deploy the rover. The six-wheeled rover weighs around 20 kg and will operate on solar power. It will move around the landing site, performing lunar surface chemical analysis and relaying data back to Earth through the orbiter. The lander will be collecting data on Moon-quakes, thermal properties of the lunar surface, the density and variation of lunar surface plasma. Altogether, the Chandrayaan-3 mission will collect scientific information on lunar topography, mineralogy, elemental abundance, lunar exosphere and signatures of hydroxyl and water-ice. 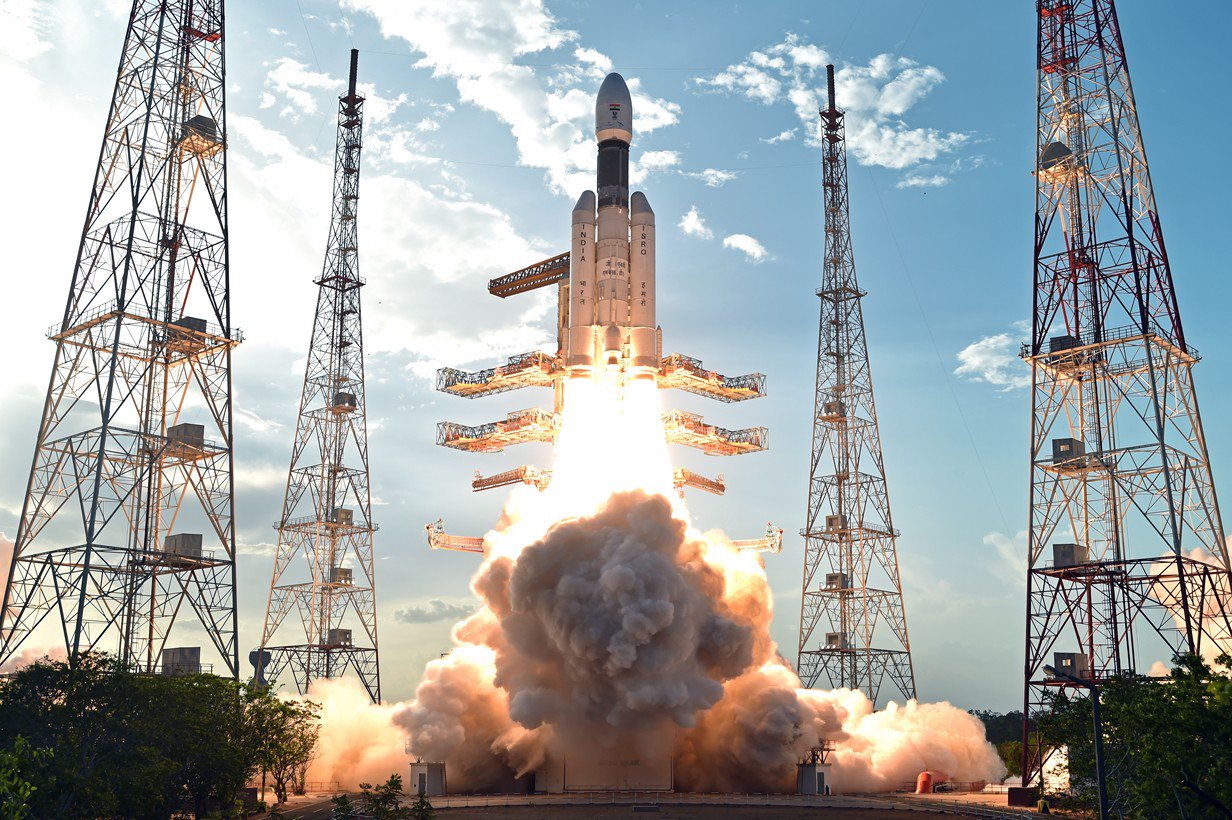 The Geosynchronous Satellite Launch Vehicle Mark III is a three-stage medium-lift launch vehicle developed by the Indian Space Research Organisation (ISRO). It is designed to launch satellites into geostationary orbit, and is intended as a launch vehicle for crewed missions under the Indian Human Spaceflight Programme.